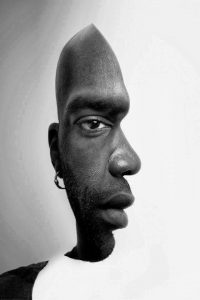 Different ecologists have different ideas of the notion of scientific explanation

As we were spreading the news about the creation of IITE in the community, an unexpected response we got was that actually ecological theory is alive and kicking and well integrated in the field. It’s all explained, we were told, in the paper “A general theory of ecology” by Samuel Scheiner and Michael R. Willig (Theoretical Ecology, 2008, https://doi.org/10.1007/s12080-007-0002-0).

I have to confess that, upon first reading, I had great difficulties making sense of the paper. But then I found that, in a certain way, it does indeed make sense. It is like a vexierbild (picture puzzle) where, depending how you look at it, you see something entirely different.

The key to this mystery is the notion of “scientific explanation”. Let’s make a small excursion into the philosophy of science. As the philosopher Chrysostomos Mantzavinos nicely explains for the example of the social sciences (International Encyclopedia of the Social and Behavioral Sciences, 2nd edition, 2015), there are at least three different concepts of “scientific explanation” in use. Interestingly, different areas of the social sciences invoke fundamentally different ideas of what makes an explanation. And each of these ideas has proponents in the philosophy of science. For the purpose of this blog, a good way to distinguish the three concepts is to call them “explanation that”, “explanation why”, and “explanation how”.

Proponents of “explanation that” (so-called “manipulationists”) look for empirical generalisations. Assume that an empirical quantity X is known to respond predictably to manipulations of some other empirical quantity Y over a given domain, i.e. range of conditions (Woodward 2000). This permits us to “explain”, within this domain, observed instances of changes in X in terms of corresponding observed instances of changes in Y. Much ecological research is concerned with identifying generalisations (e.g. regression models fitted to manipulation experiments) that enable such “explanations”. When such models are fitted to field data the question can arise of whether correlation implies causation, but methods are known for dealing with this.

Scientists looking for “explanation why” (“unificationists”) aim fundamentally at finding unifying explanations of phenomena in terms of a parsimonious set of general, fundamental laws (Kitcher 1989). An “explanation” of an observations amounts to demonstrating its adherence to these fundamental laws. For example, the laws of ecological succession have been invoked to provide “explanations” for a wide range of ecological phenomena (Prach & Walker 2011). More commonly such “explanations” are offered by process-based computer simulations that have been validated to describe a certain range of phenomena: they show that the elementary processes simulated “explain” the phenomena.

Finally, scientists looking for “explanation how” (let’s call them “mechanists”) emphasize intelligibility of mechanisms. This kind of “explanation” is achieved when we can track complete causal chains step-by-step. The idea has its origins in examples from cell biology (Machamer 2009), where the steps typically corresponds to interactions of molecules inside and between cells. In the case of complex dynamical systems (Kuhlmann 2011, doi:10.1093/acprof:oso/9780199574131.003.0041), such as ecological communities, the steps would rather be logical steps in an analytic (mathematical) derivation of a phenomenon (e.g. occurrence of amplifying tropic cascades in complex food webs) from a set of elementary assumptions.

To be clear: none of these groups of scientists would contest that finding patterns in data, looking for fundamental laws, and trying to dissect causal chains are all useful activities. But they might disagree about what the ultimate goal of these activities is. For a manipulationist who already knows that Y controls X in a certain predictable way in a given domain, the search for underlying more fundamental laws or mechanisms might be interesting only for the purpose of developing ideas for new experiments, e.g. about how Y might depend on X in a different domain. Unificationists and mechanists, on the other hand, would consider the observation that Y controls X as a phenomenon still calling for the scientific “explanation”—an unfinished job—which they would seek to complete in their respective ways. Similarly, unificationists running heavy computer simulations and mechanists invoking daring mathematical approximations might look at each other’s work as interesting, but ultimately missing the point.

It is at least conceivable that such a differentiation of priorities amongst different groups of scientists leads to a phenomenon of competitive exclusion, where ultimately one specific conceptions of “explanation” becomes broadly accepted within the scientific community interested in a particular area of science. The fact that in the social sciences different fields have adopted different concepts of “explanation” can be interpreted as evidence for such a phenomenon. I think there is a risk that this social phenomenon might become unhelpful to the progress of science.

With these preparations, we are ready to resolve the mystery of the paper by Scheiner and Willig. While perhaps not fully aware that there are alternatives, Scheiner and Willig are committed manipulationists, seeking “explanations that”. This is clear, for example, from the closing chapter of their edited volume in The Theory of Ecology (U Chicago Press, 2011), where they write

Theories may assume a number of different roles (R. Creath, unpublished ms.). They represent generalizations that extend the scope of the particular data that espoused those generalizations. They generate concepts that extend beyond what can be expressed in observation alone. In these two capacities, theories are primarily descriptors of the world. In addition, theories are a framework for guiding and evaluating research paradigms sensu Kuhn (1962) or research traditions sensu Laudan (1977).

The body of theory in ecology accounts for our observations about the natural world and gives us our predictive understanding through the use of models. It organizes those models into constitutive domains that provide a robust intellectual infrastructure. That organizational framework provides a blueprint of the strengths and weaknesses of our understanding, motivating future empirical and theoretical work and catalyzing research agendas.

Neither unificationists nor mechanists would easily subscribe, for example, to the ideas that theories “represent generalizations that extend the scope of the particular data that espoused those generalizations” or that theory organises “models into constitutive domains that provide a robust intellectual infrastructure”—they would contest that theory explains data and applies to a certain domain. But within the manipulationist’s paradigm, these passages make perfect sense.

With this in mind, a committed mechanist like myself can also understand their paper from 2008. For example, the first item of their list of “seven fundamental principles of the general theory of ecology”, which reads “Organisms are distributed in space and time in a heterogeneous manner” makes indeed perfect sense as a fundamental, high-level generalisation of observations: that the organisms one observes (X) are different depending on where and when one looks (Y).

When Scheiner and Willig (2008) say “mechanism”, I believe they mean an element of a “model” (in the sense induced by “explanation”), and by “interaction” they mean some particular type of “mechanism”. With this reading I can make sense of their statements

Translated into the language of mechanists, I believe this might read:

[…] particular effects need to be taken into account in order to arrive at more detailed descriptions of observed patterns, which unpack our high-level generalizations. […] These more detailed descriptions provide information of what the relevant predictor variables are and how they enter fitted models. For example, in models fitted to observed changes in multiple coexisting populations, there might be statistically significant effects of predators on prey, herbivores on plants, and effects of competitors, mutualists or parasites.

But here I have to stop or risk incurring the wrath Samuel Scheiner and Michael Willig for misrepresenting their ideas. (Any comments are welcome!)

Let me instead conclude. Yes, I agree that in ecology there is plenty of “theory” in the manipulationist’s sense, i.e. “theory that”. What there is less is theory in the unificationist’s and the mechanistic sense: “theory why” and “theory how”. And these are what IITE aims to strengthen.

We have seen that different conceptions of scientific explanation are being used by different groups of researchers within ecology. These different notions lend different meanings to crucial parts of the scientific vocabulary and thus, nearly inevitably, lead to confusion and misunderstandings. Even when we resolve the linguistic differences, important questions remain. Are some kinds of ecological “explanation” more adequate than others? Or at least some more adequate in particular contexts? Can lack of “explanation” in one sense become a serious barrier to development of “explanation” in another sense, implying that both (or all three) are best developed in parallel? What would then be the right balance? Are there factors extrinsic to the science of ecology that tilt the balance in an unhealthy fashion? Finally, how important is the distinction between these paradigms really compared to other distinctions one could make? I will leave these questions for others to explore.

References without permalink or DOI:

7 thoughts on “Understanding that, why or how in ecology?”

This site uses Akismet to reduce spam. Learn how your comment data is processed.